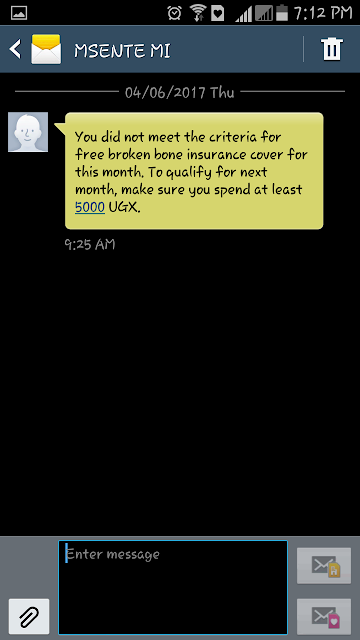 Broken bone insurance, what is that? You might be thinking that I am finally going off the rails with this blog post.

Now with all the hype and tensions around the re-registration of all Sim cards for both nationals and non-Ugandans. I found the phone call I received from my UTL customer service provider very odd.

Now many of you must be wondering, UTL… what are you doing on UTL network? Well here is the simple answer. I am fiercely loyal to a fault so I stick with whatever it is I have invested in and hope and wait that it is worth it until all signs show that there is no hope of resuscitation. But this time my patience and resolve were tested and I finally snapped. Below is the conversation that transpired between the call center person and me.

Call center agent: ‘’I would like to ask you if you have re-registered your Sim card?’’

Call center agent: ‘’Well, you need to otherwise you will be disconnected from the network and not be able to make or receive any calls.’’

Me: ‘’Oh, s you have not disconnected me yet? I thought you had as I have not been able to make calls or send a message over the last 3 weeks. Anyway, what is this call about? ’’

Call center agent: ‘’Broken bone insurance. So all you have to do is opt in for the service by utilizing a minimum of 5,000 worth of airtime over a month to benefit from 200,000 worth of cover for an accident. ’’

Me: ‘’So, let me get this straight. You want me to use at least 5,000 worth of airtime to call/ SMS and then I qualify to get insurance. Now, this insurance is only valid when I break my leg?’’

Call center agent: ‘’Very madam. So if you are in an accident and break your leg you go to get a medical checkup and bring the paperwork to UTL service center and after 2 – 3 days of processing we pay the amount of bill up to 200,000Ugx.’’

Call center agent: ‘’Uhh, no madam but we need to 3 days for processing the money.’’

Me: ‘’So if the broken bone shatters and punctures a major artery or vein, I wait for you to process the money, huh!’’

Call center agent: ‘’Madam that is the procedure.’’

Me: ‘’You must be crazy! Anyway, forget that it is not your fault.’’

Call center agent: ‘’So do I register you?’’

Call center agent: ‘’Then, can I check your history and sort out your issues with your line?’’

I cut him short with another goodbye after all the network had been spamming my inbox for week’s every morning with this broken bone nonsense. Telecoms, you need to be in tune with your customers and be relevant not add to the additional noise we receive every day. So it was out with UTL and in with Airtel.

Do you have a woman or a wife? 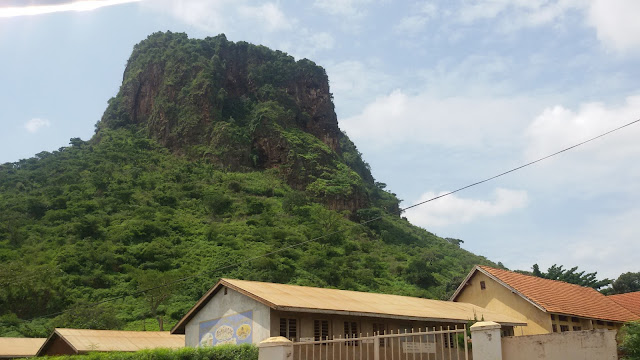 Burials are very somber occasions where you get to take stock of your life and what value you have added to people and whether you have done what you are passionate about. Last year, I traveled to Tororo town for my uncle’s burial to pay my respects and say goodbye to a man I never saw sick or heard complain. A cool man who was senior in age but not the heart. When you think of him you would not use the word old because that implies tired and frail but that is not an accurate comparison of who he was.

Although burial services are often sad events, I was greatly entertained by the Catholic priest who conducted the mass and the best man of the deceased who told the most hilarious stories about him that I will remember for years. The catholic priest was young compared to the crowd at this burial but very theological, therefore with his youth came a fiery dissemination of the written word in a way that is uncommon and very refreshing.

The deceased had been married to the same woman for 50 years and was an ardent supporter of the catholic church for all his life, this seemed fitting and served as the foundation for his sermon that day

Catholic Priest: ‘’Today, we celebrate the life of a man who understands what service and commitment are about.’’

To this many in the crowd giggled and a few middle-aged women began to look at the gentlemen seated next to them. It was quite the sight as I observed many give glances and gentle nudges as though to drive a point home. Then I adjusted my seat for better viewing of this clergyman and paid keen attention

Catholic Priest: ‘’So any man can wake up and come and take her for a wife and you cannot complain. So respect her and make her your wife; not your woman.’’

The giggles had now evolved into loud ramblings of affirmation with many clapping intermittently but nothing had prepared me for the analogy that he intended to use shortly.

Catholic Priest: ‘’When you watch men drink from the same malwa (local brew) tubes and they do not wipe it. I admire that level of love between them. I am not saying go and begin to drink alcohol. I am telling you to remember that you are a visitor here. It is, therefore, important that you know that your life is temporal and you are accountable to a greater person. You can have children but not raise them, we cannot call these children of value.’’

Many burst out in laughter at the alcohol reference but this clergyman was not mincing his words.

Catholic Priest: ‘’Invest in your children so that you can be proud of them when you pass on so that they are a clear representation of who you are.’’

This statement came after a long and detailed reference to the deceased’s emphatic insistence in educating both his daughters and sons. He also raised them to be God fearing, driven, achievement-oriented and to have empathy for people.

Catholic Priest: ‘’The deceased was not a minister, council member or chief but he made his mark.’’
As we walked to our cars and the rest of the village folks set off for their long walk back home, this clergyman had lit a fire and started conversations all around. Many laughed along as they spoke and reflected on what he had said but there were also a few men who were cornered and put on the spot as to the nature of their status.

The take home for me was, people need to be valued, loved and celebrated and if you have a person of substance and do not value them someone else will. Time does not wait for any man so make the most of your stay here, we are all but visitors passing through onto a better place.

What will be said in your Eulogy? It is still being written so make your mark. 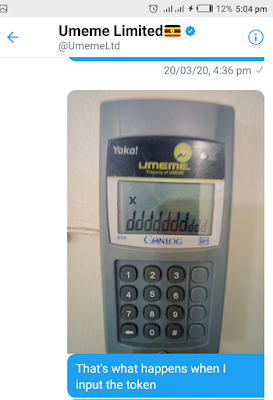